We have two main patrons at Derby Women’s Centre. 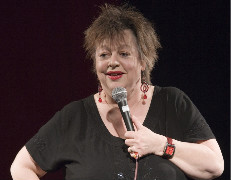 Comedian Jo Brand has appeared on comedy panel shows such as Have I Got News For You? and QI. Her stand-up acts include themes of radical feminism and current celebrities. She became the first patron of Derby Women’s Centre in 1994.

In 1997, she staged a controversial ‘women-only’ charity event at Derby Assembly rooms to raise funds for the Derby Women’s Cenre counselling service and advice line. This was a big success in raising funds for DWC and increasing the charity’s profile whilst highlighting the inequalities faced by women. 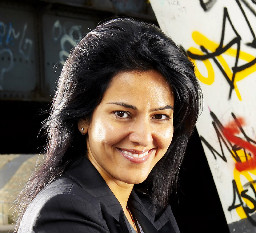 Kavita Oberoi became a patron of the Women’s Centre in 2010. She is Derbyshire’s leading female entrepreneur and founder and Managing Director of Oberoi Consulting, an IT and Business Healthcare Consultancy business. She was raised in a traditional Indian family. Infused with her mother’s drive and her father’s entrepreneurial ambition, she became the first woman in her family to gain a university degree.

Kavita is best known for her appearance on Channel 4’s The Secret Millionaire and credits this as inspiring her to become more involved with charity work. She is deeply passionate about supporting women to challenge barriers in the workplace and to break the “glass ceiling”.

Derby Women’s Centre are pleased to inform you that Creative Arts workshops are starting at the Cent...

We invite you to join us at our first coffee morning of the New year, which will take place on Wedne...

We are offering a limited number of Reflexology appointments on Tuesday’s.  At a cost of only...

Read More
The live chat is not available.
Send us a message via:
Facebook
or
Contact Us